Council goes greener by tapping into heat from deep underground

Amber Valley Borough Council has been warming up its headquarters thanks to renewable heat, in a move that is helping to cut its carbon emissions.

The local authority, which had already cut its emissions by 55 percent since 2010, has gone even greener after installing a Ground Source Heat Pump (GSHP) at its headquarters in Ripley’s Market Place, it has since achieved reductions of a further 10 percent since 2019.

The council has been tapping into the earth’s natural heat source from deep underground, in a move believed to have been carried out by only a handful of councils in the country.

Despite only being installed for a couple of weeks, the move has already saved enough gas to run a large detached house for a whole year!

Paul Marshall-Day, Buildings and Open Spaces Manager, said that the pumps themselves are electricity-driven, the cost of which is subsidised by the council’s rooftop solar panels, making it a virtuous cycle of renewable energy.

It took around two months to install the GSHP, after a delay in getting the hole-boring machine from Italy, due to Covid-19.

Mr Marshall-Day said: "The new heating system has been running entirely on natural sustainable resources and is helping us to decarbonise and move away from fossil fuels."

The funding for the GSHP was part of a wider £700,000 grant, after ABVC made a successful bid to the highly competitive Public Sector Decarbonisation Scheme, designed to help local authorities reduce carbon produced by their buildings.

The biggest emitters of carbon were identified as the Ripley headquarters and the Town Hall buildings, where a range of measures are being installed.

Environmental Portfolio holder Councillor Trevor Ainsworth said: "This shows our commitment to reducing our carbon footprint and the great thing is we are now on course with our carbon plan to become net zero by 2030."

"The ground source heat pump has made a significant contribution to that.

"To have reduced our carbon footprint by 65 percent since 2010 is absolutely fantastic, and a testament to the hard work by all of our team involved." 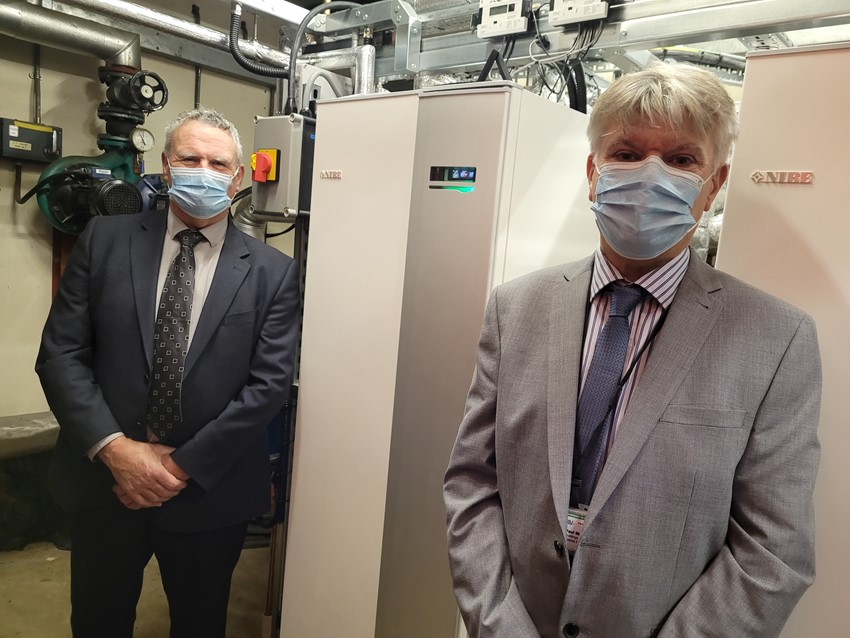 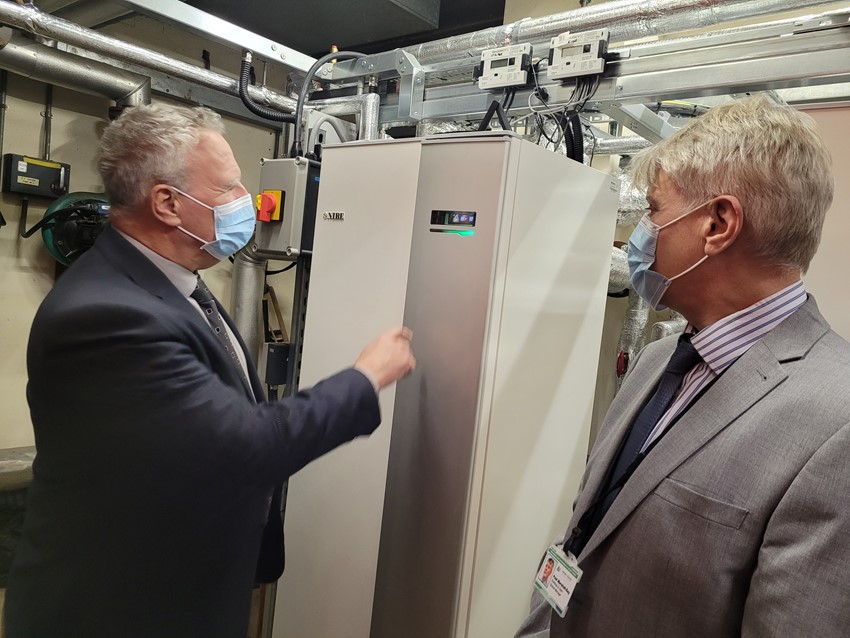