A council headquarters is to be illuminated in blue in support of an employee who has been diagnosed with incurable cancer - and thousands of others living with the condition.

Rowena Bailey was diagnosed with mesothelioma, an asbestos-related cancer, in 2019.

The devastating condition is traditionally found in older men who worked in trades such as plumbing and construction, where they were frequently exposed to asbestos, and symptoms may not present until 30 years after exposure.

But Rowena is among an increasing number of younger women being diagnosed with mesothelioma -  and many of them don’t know where they were exposed.

Ripley Town Hall, headquarters of Amber Valley Borough Council, where Rowena works as scientific officer, is to be lit up in blue to highlight the condition.

More people die from exposure to asbestos than in road traffic accidents per year.

Rowena, a 51-year-old mum-of-two said: "I’ve been lucky to be able to have surgery to increase my life expectancy, but it remains an incurable cancer.

"I would like to raise awareness of the risk from asbestos so that other people don’t develop this terrible disease and their families don’t have to face the loss of a loved one."

Rowena, who works as scientific officer for Amber Valley Borough Council, was diagnosed with the latter, which only affects 20 percent of sufferers.

She began having an uncomfortable feeling in her abdomen, which she was worried could be bowel cancer as her sister had previously been diagnosed.

Her GP sent her for blood tests, which resulted in a marker for ovarian cancer - the same marker for mesothelioma.

Rowena was sent to a gynaecologist and she had keyhole surgery the day her son received his GCSE results.

Results confirmed mesothelioma and later, she suffered pain and weight loss and she felt "pretty awful".

She underwent innovative surgery - dubbed MOAS, 'the Mother of All Surgeries', which is an intensive surgery followed by chemotherapy - in Basingstoke.

"I was very lucky to be eligible for this surgery, as not everyone is suitable and it has prolonged my life," said Rowena.

Her condition is currently under observation and the next step will be chemotherapy.

Following surgery, Rowena was back to work within three months and has been working from home part-time.

Of lighting up the council offices, Rowena said: “The campaign is amazing and we need to make more people aware of the risks of asbestos.

"I am delighted that my colleagues are lighting up the building to raise awareness - it is really great.

"Two of the charities involved with ActionMeso, Derbyshire Asbestos Support Team and Mesothelioma UK, have been amazing with me and in a twist of fate, my job at Amber Valley Borough Council, which I started before my illness, actually involves the risks of asbestos. I now understand even more so the risks."

She added: "They do not know how or when I was exposed to asbestos, it could even have been at school.

"My message to others is that the risks of asbestos are still there - it is still present in many old buildings and it needs to be taken seriously. It is said to be safe if it is in boards, but if people disturb the boards or have no knowledge of it, it can quickly become dangerous."

She urged anyone with unusual symptoms, such as a long-term cough, to seek help.

Paul Marshall-Day, buildings and open spaces manager at Amber Valley Borough Council, said: "We took no hesitation in supporting our colleague Rowena’s request to light up the council headquarters.

"We commend her bravery and wish her well in her recovery, and hope that by Going Blue for Meso we can help to raise awareness of this terrible disease."

On Action Mesothelioma Day - July 1 - landmarks, businesses and homes across the UK will light up blue to put a spotlight on mesothelioma. To find out more, visit https://actionmeso.org/goblue/. 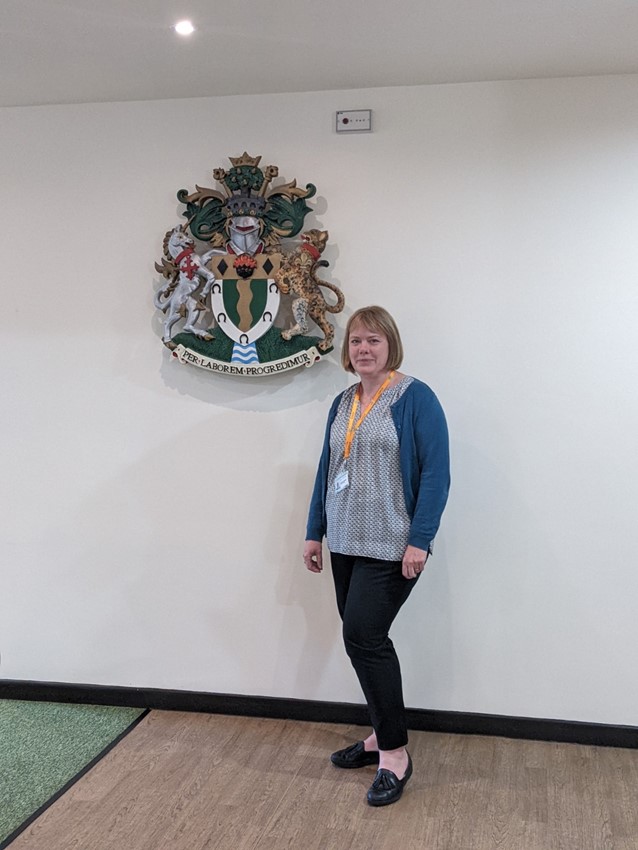 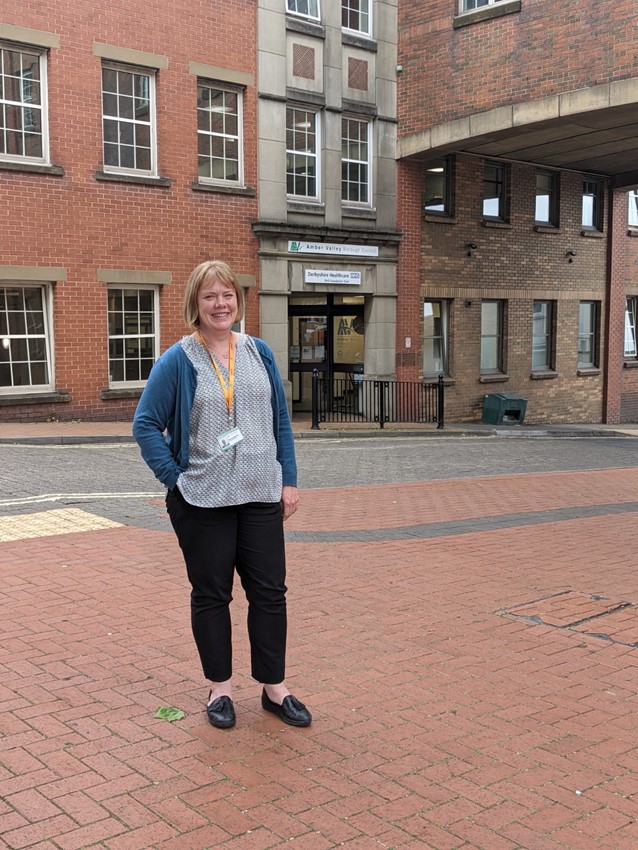